skip to main | skip to sidebar

Just a quick post to thank everyone who bought my patterns during the Olympics as I was able, along with my own contribution, to donate $100 to Egale. I really appreciate your help.

I was slow to get into them this year, but then (as it always happens) I got caught up in the emotion of the athletes and their incredible talents. My kids loved the snowboarding, speedskating and skiing and we watched something almost every day. Obviously, curling and hockey are the huge things here in Canada. It was awesome that the women's curling team from my city went undefeated, and of course hockey was unbelievable. I also loved the duffle coats Team Canada wore for the opening ceremonies. 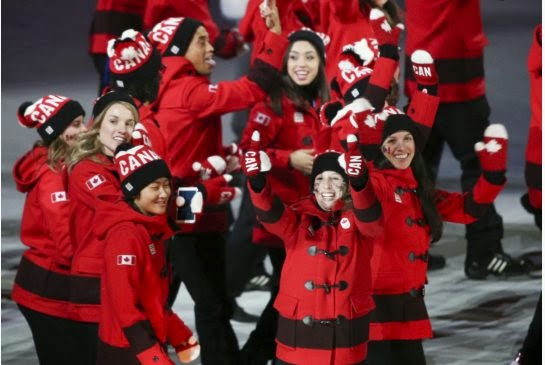 CBC had great coverage and their Olympics app was so helpful to track when things were on. So, that half of things was awesome but meanwhile all the other stuff was and still is going on. I don't talk politics here and I'm not interested in starting. I just felt this particular intersection of events needed a word. Thanks again. 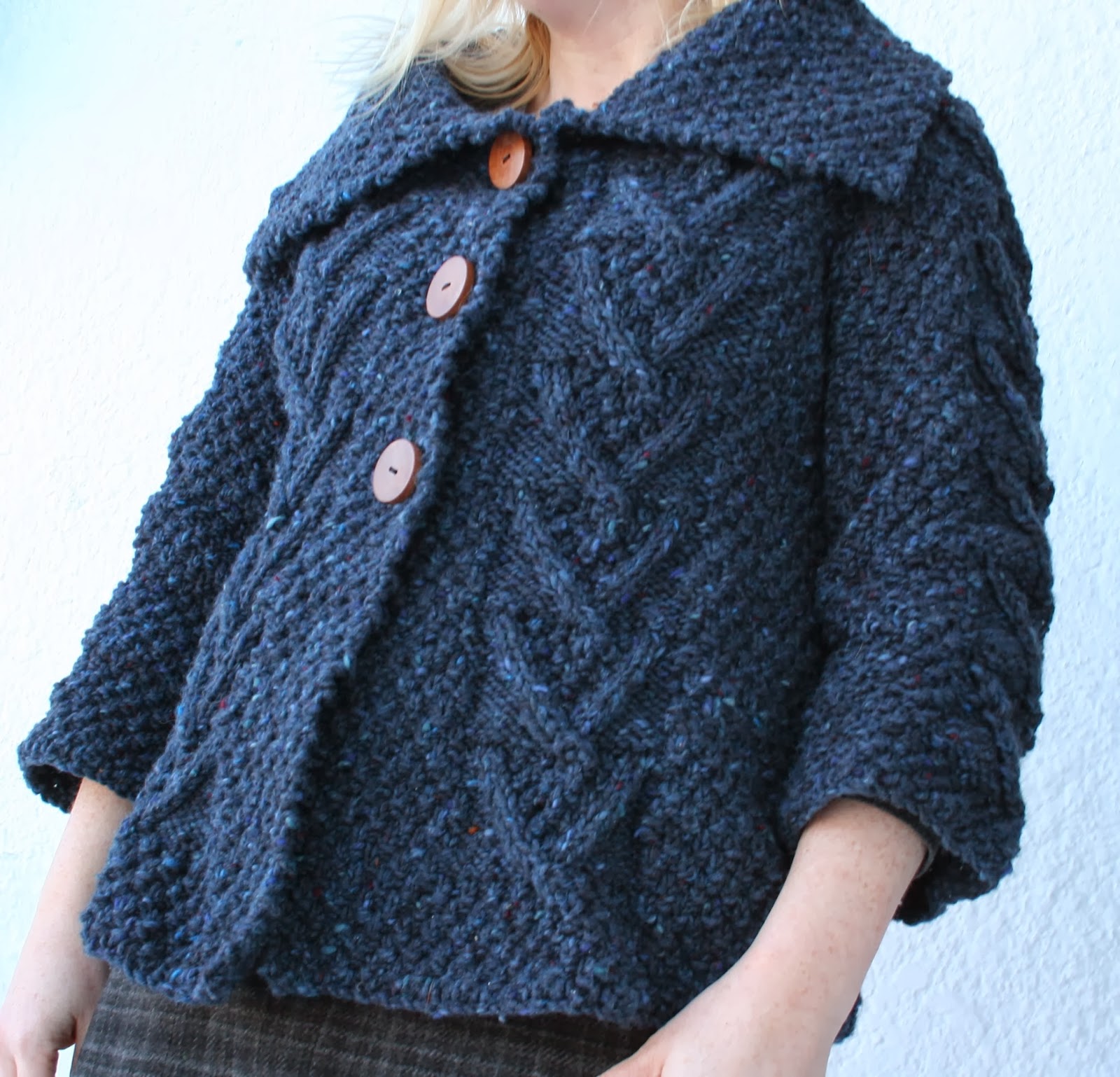 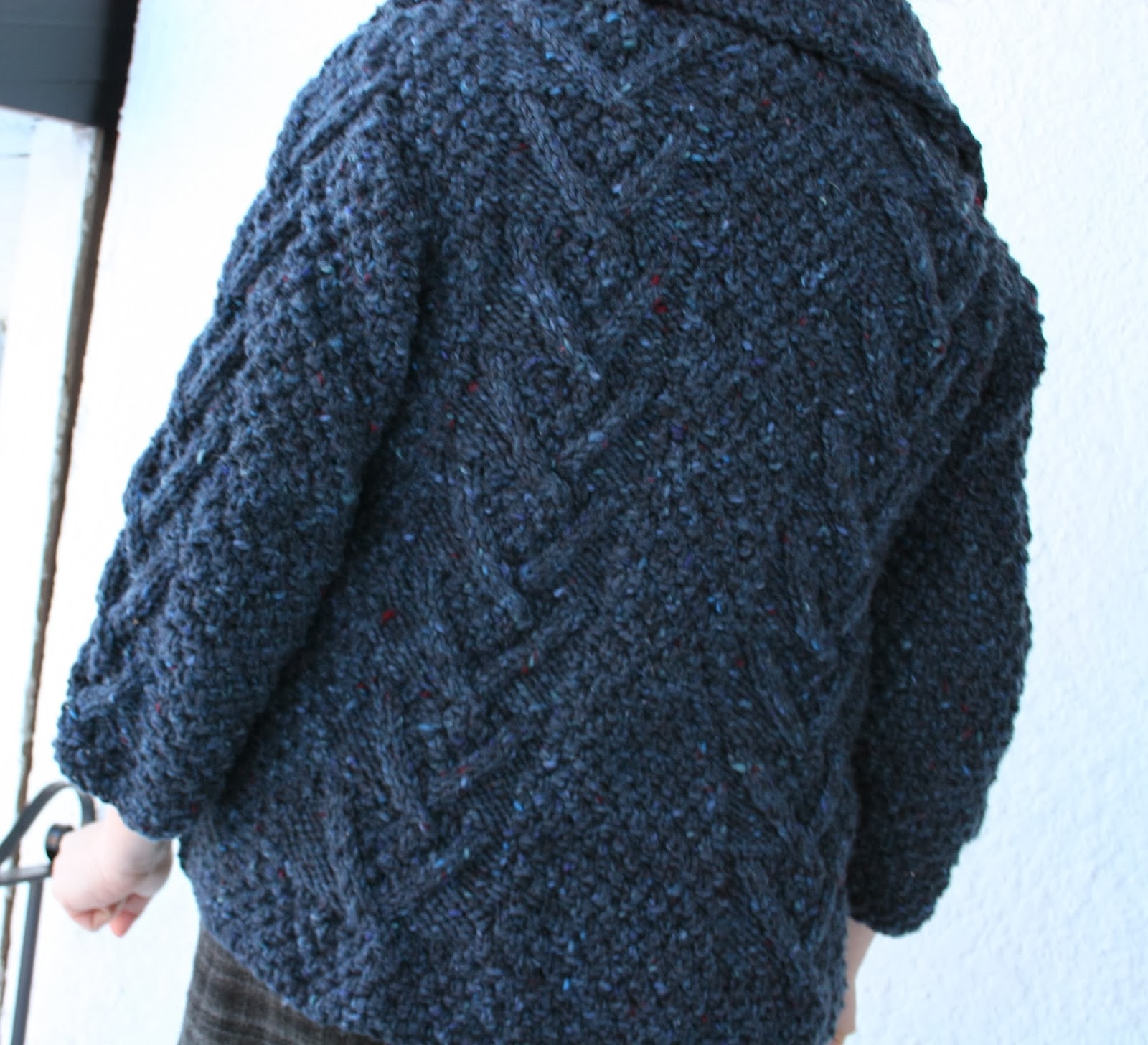 This is a project I bought the yarn for and started in 2008. I got one front done and was partway up the second when I just got tired of my hands aching with the heavy yarn and big needles and I put it away. I came across it a few weeks ago and decided a) the yarn was really suited to being this object and I really loved the yarn and b) I still liked the design and would probably wear it.

I then realized I had decided to lengthen the body pieces by 2" but only had enough yarn for the original length and this yarn has since been discontinued. Luckily, two Ravelers had some for sale and one of them was willing to ship to Canada, so I managed to snag enough to finish.

It's really warm despite the 3/4 sleeves. I love the extra big collar. It's crazy cold outside so these few pics taken by the girl will have to do for now. I think I'll get lots of use out of this.

January and February are the perfect months to stay warm inside and finish all the projects I've had going. Once. And. For. All. First up, Sophie's sweater. Started in September. Finished this week. 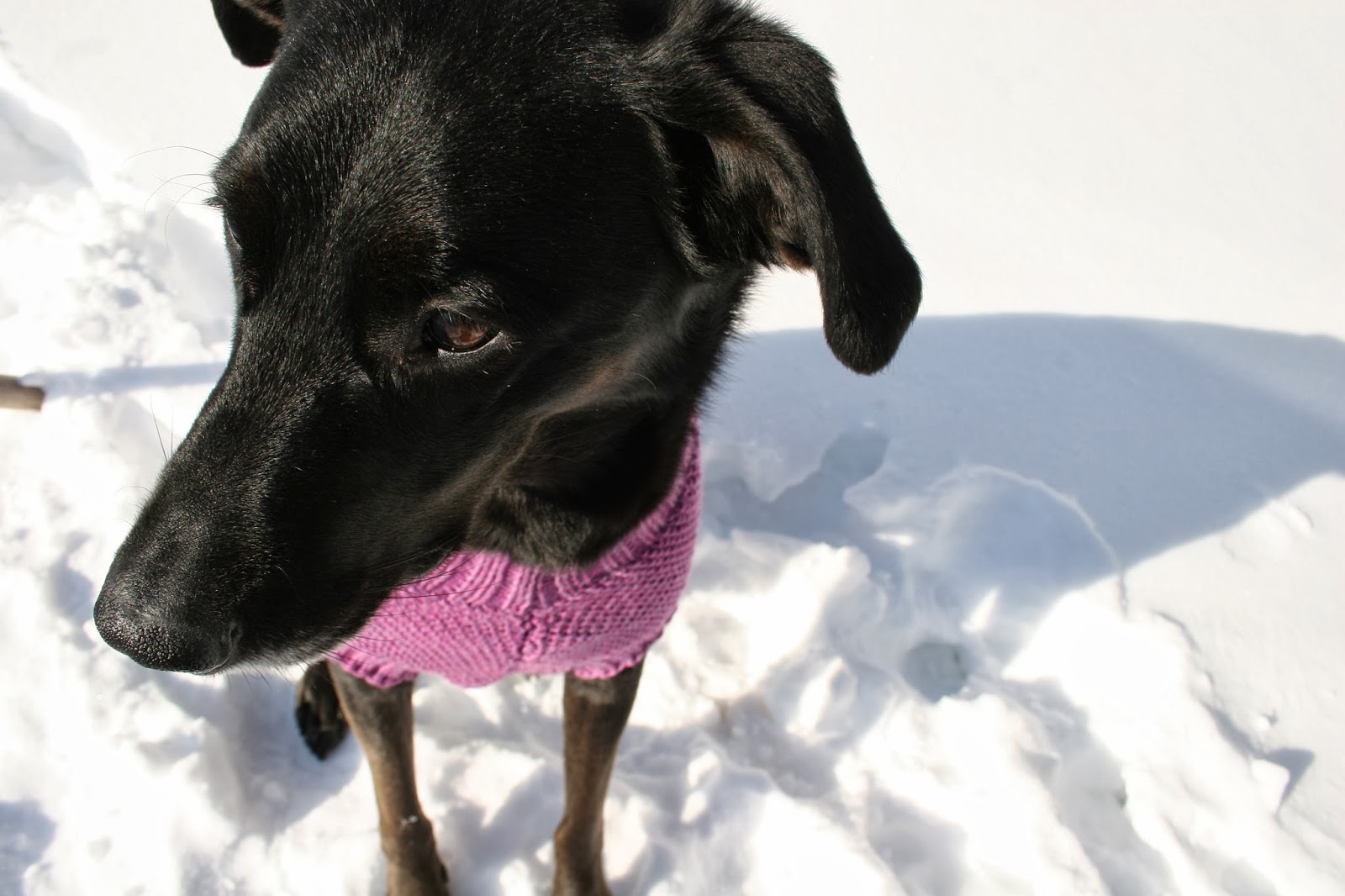 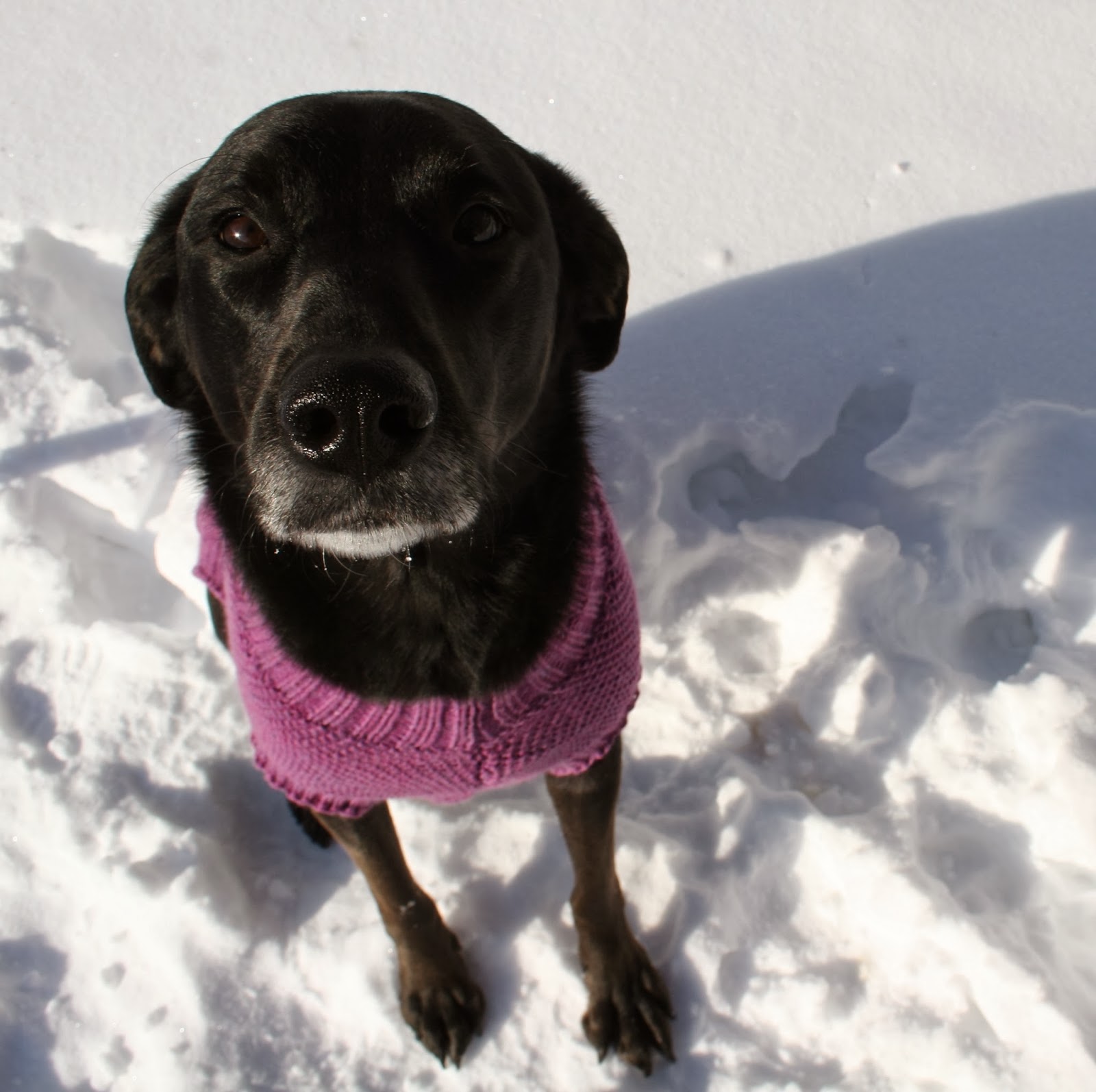 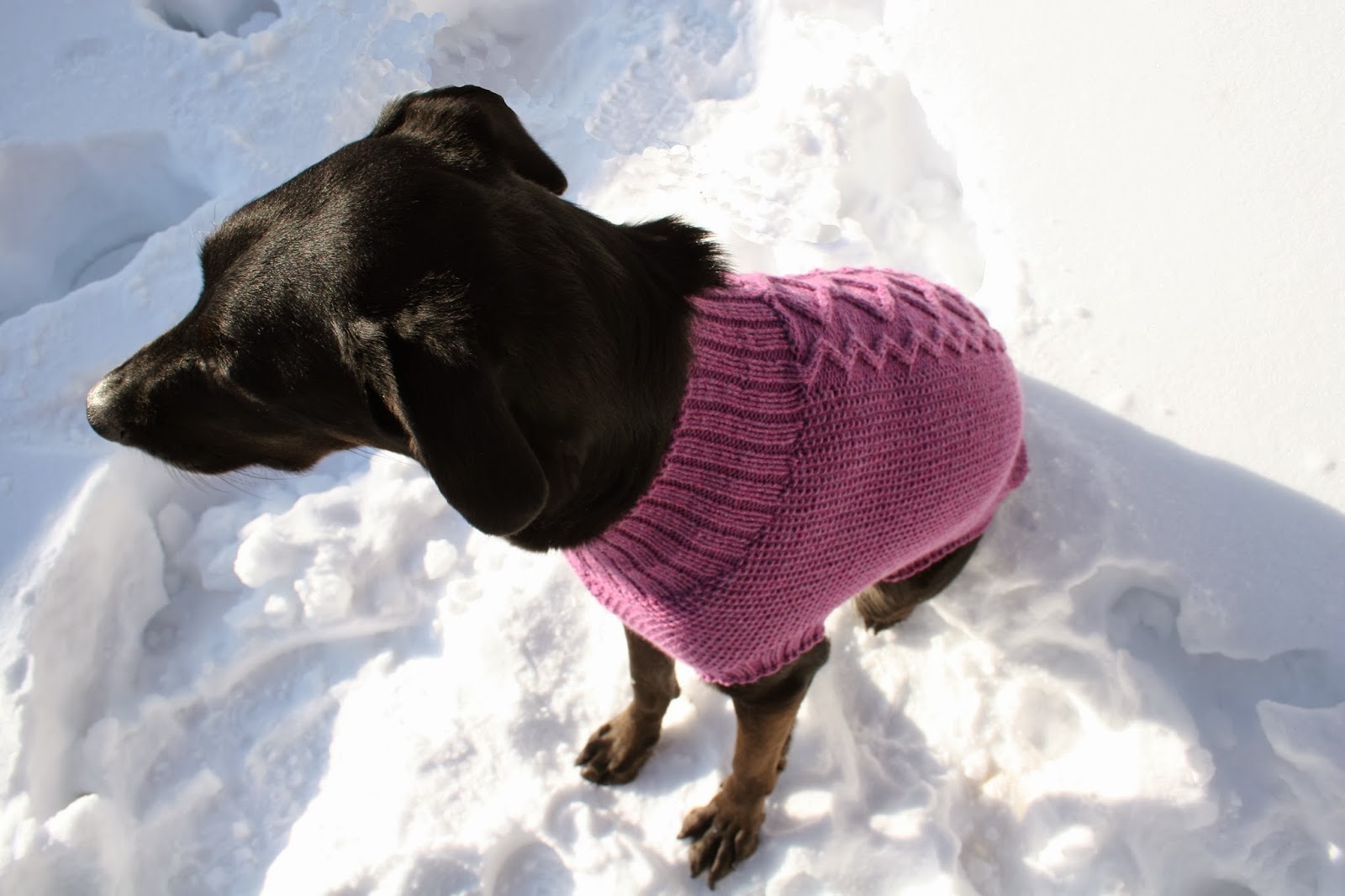 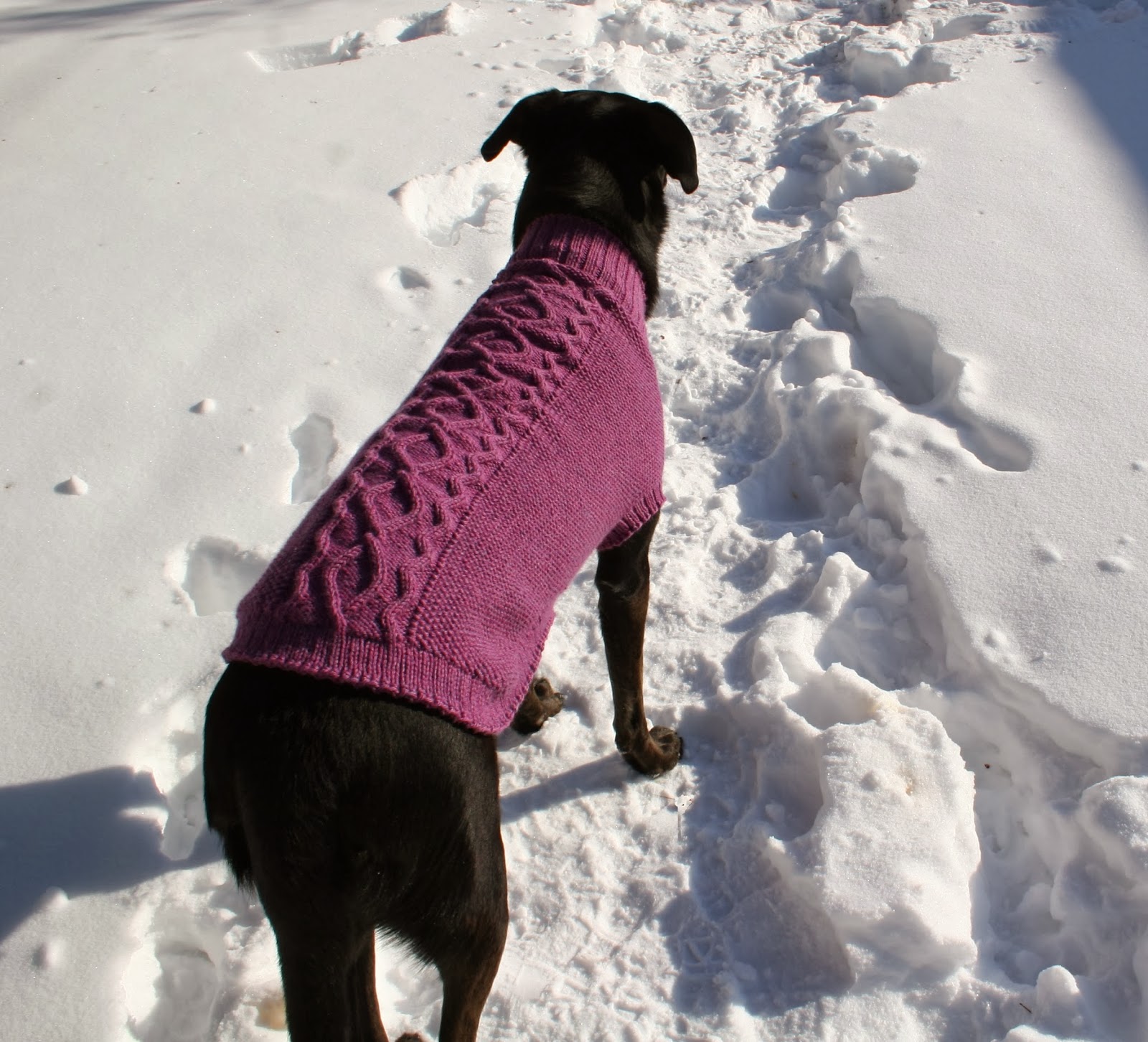 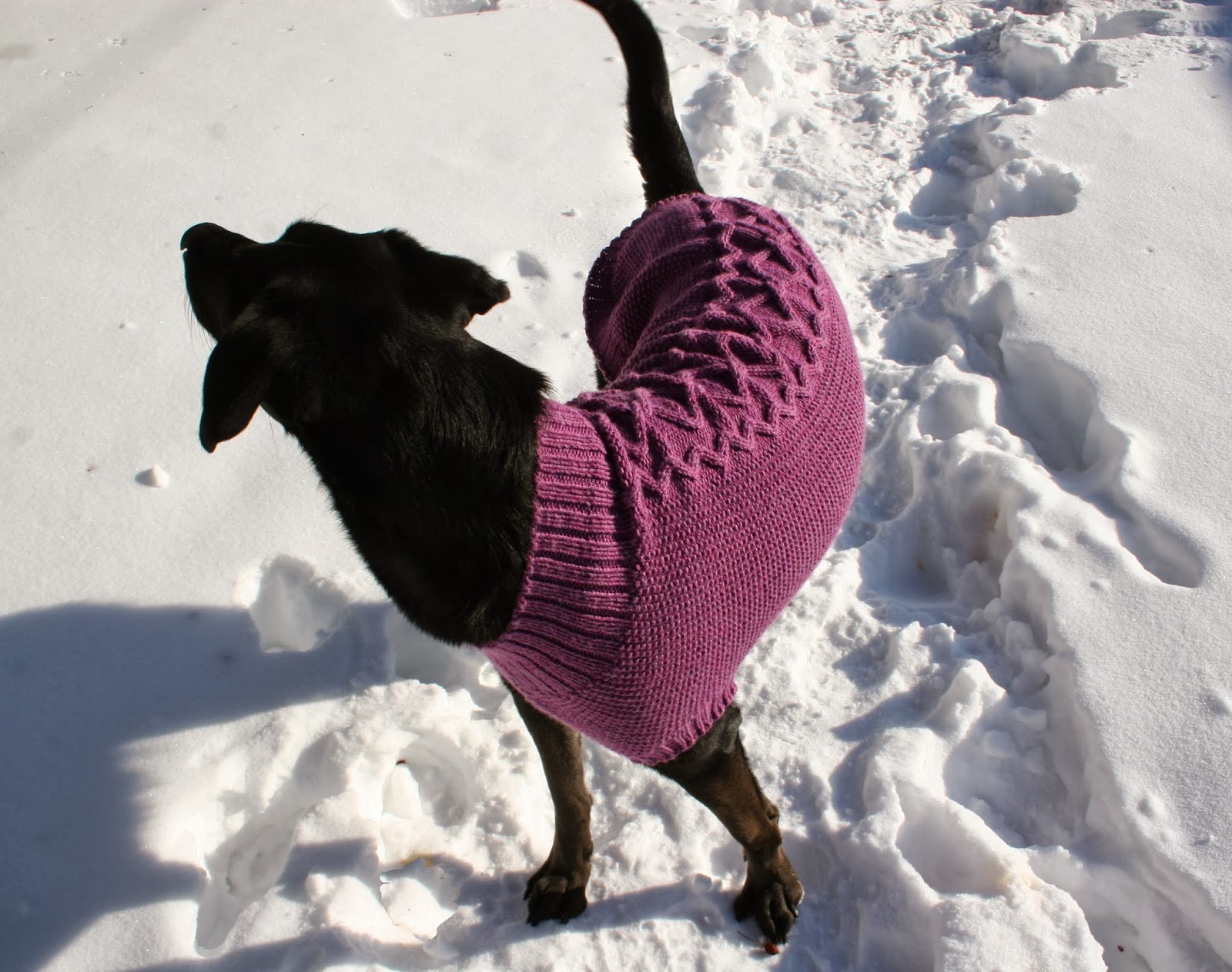 Really boring knit what with all the seed stitch on the body and the fact she's not a tiny dog. I really forced myself to slog through this one at the end. But it fits her well (thank goodness) and should be cozy for walks.

I'll show you the two sweaters and the socks I finished this week in a bit. Later, skaters.

I usually love watching the Olympics, especially the winter ones, partly because I live in a very wintery climate half the year. But this year is different, and my enthusiasm has been tempered in no small part by everything I've been made aware of concerning human rights abuses in Russian prisons and their legislation about homosexuality.

I have felt upset every time I've thought about the games, to be honest. And I've felt helpless to effect change, as 'boycotting' by not watching my tv really didn't have any significance.

Then Bristol Ivy floated the idea of a donation drive and I decided that was something I could get on board with. There are lots of designers offering a percentage of their pattern sales towards helping groups who fight for LGBT rights - see the ever-growing list here.

So, for the duration of the Olympics, I'll be donating 75% of all sales of my self-published patterns to Egale, and in a small way help to nudge the world toward greater compassion.

Chris
I live where it gets crazy cold. knitting helps me survive.

View my complete profile
Really, all you need to become a good knitter are wool, needles, hands, and slightly below-average intelligence. Of course, superior intelligence, such as yours and mine, is an advantage.